Getting computers to understand and respond to human language is quite hard to obtain even in this technological era. Human language has evolved sophisticatedly over the past centuries. Chatbots have been constrained to solve a lot of problems but many of them were front-line customer support at first, which was effectively automated with the use of chatbots despite the fact, that there is still a lot of time for the research and development sector to completely make it near to the smartness of humans.

Building a useful chatbot that can easily be adapted is an everlasting unfinished endeavor, it continues to advance every day but it will take time to evolve as the advanced technologies they can ultimately become. EDDI, the Chatbot framework that has been developed since 2006 and later made open source after ten years of research and development introducing advanced chatbot processing with Natural language parsing, API connectors, and Templating using one of the most powerful software stacks in Red Hat’s Quarkus which is the base on which our Docker containers are built and distributed to Openshift and other Kubernetes based stacks.

Now, six years later after making EDDI open-source, we are proud to announce the major update, version 5, which comes with the migration to Quarkus. Bridging the traditional monolithic applications that had tedious startup time and large memory allocation, Quarkus on the other hand, is the evolved and faster Java framework to enable modern Java Applications for cloud-native computing.

Quarkus is a Kubernetes-native-driven Java framework made specifically for GraalVM and Hotspot, crafted from the pioneer Java libraries and standards. The goal is to make Java the leading platform in Kubernetes and serverless environments while offering engineers a framework to address a wider range of distributed application architectures.

Being smaller and consuming fewer machine resources, Quarkus was born with the idea to be the ideal partner for applications like the EDDI chatbot runtime,which can be used in Microservices and Serverless projects. Due to quarkus, the new major update is now certified from head to toe, including container and operator certification, and is being distributed through the Red Hat and Google Cloud marketplaces, or Docker Hub for those wanting to deploy EDDI on other systems manually.

The new update brings a first class Kubernetes and Prometheus integration, which is the best standard for Docker and Kubernetes monitoring tools. An EDDI specific dashboard for Grafana is available as well.

EDDI is the only Open Source Chatbot Technology that is Red Hat OpenShift certified and available on the Red Hat marketplace. It is an optimized chatbot engine, where developers can customize their chatbot with a wide range of features like a flexible “In-Memory” Natural Language processor, Behavior rules for precise decision making, REST API connector for easy integration of backends and templating for providing rich dynamic chatbot experiences.

EDDI is important for developers who need chatbots in their applications, and anyone who wants to get free chatbots without having to deal with licensing issues is at the right place.

The new update brings no disturbance during the usage of the user, because improvements to chatbots can be made without disrupting current interactions’ UX. A fresh chatbot version will be used only when a user starts a new conversation. That is, once a new chatbot version is deployed, it coexists with the prior version until there are no more active chats with the old bot versions, thus making the deployment of new bots incredibly smooth.

Chatbots are becoming more popular than ever, and they are completely revolutionizing how firms conduct connections with their users/customers. EDDI is an open-source project that has been used in various higher education projects for research and development (e.g. www.edubots.eu). The EDDI framework is developed and maintained by the joined forces of labs.ai and differ.chat (a social communication platform for higher education).

Having released version 5.0, we are now onwards to developing version 5.1 over the next few months which will cover the creation of a java client for EDDI which has the goal to be distributed as quarkus feature so it can easily be integrated into other quarkus or java based apps. We aim to provide first class quarkus support to enable chatbot development capabilities to the java and quarkus community world-wide.

If you are running a java project and/or looking into implementing chatbots alongside your app, we’d love to hear more about your use case and requirements! Let’s have a chat! 🙂

The Benefits of a Truly Open Source Chatbot

Free and open-source software (FOSS) has completely shaken up the software development and business worlds. Instead of relying on huge 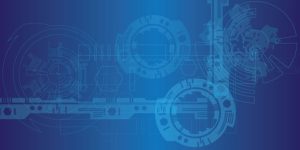 The Art of Writing a Powerful Chatbot Framework 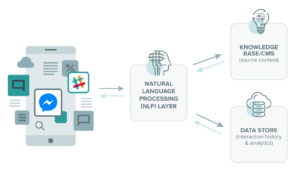 Why a great technology is not enough to build great chatbots?